The Apple Doesn't Fall Far from the Tree

Who inspired me to become an illustrator?

This is a question I’m asked regularly and the answer is simple. My dad.

Growing up, I watched Dad draw comicstrips for Australian newspapers, illustrate and hand-letter logos and signage, plus carefully hand-cut intricate stencils for silkscreen printing. Dad was my first art mentor. He taught me the basics of drawing, told me to keep practising and to be patient (I'm still working on that last one).

Without further ado, I would like to introduce my dad, George A. Smith, the person who inspired me to draw – and more importantly – to keep on drawing.

George’s cartooning began when he was just a small child. He spent a good deal of his time drawing and creating stories for his own comic books which he drew up and coloured in school exercise pads. His dream was to publish cartoons of his own one day.

He commenced an apprenticeship as a sign writer/screen printer on leaving school and delved into painting and other artworks as a hobby. After his marriage and the commencement of his family he decided to indulge his dream and embarked on the journey to realise this.

Steve Landon, a three-frame daily comic, was both written and illustrated by George and appeared in The Australian in July 1973 and was an adventure strip with a setting in Brisbane and the Gold Coast. It was unique in that it featured rhyming slang, an almost lost skill these days, and was the only locally drawn comic connected with The Australian. 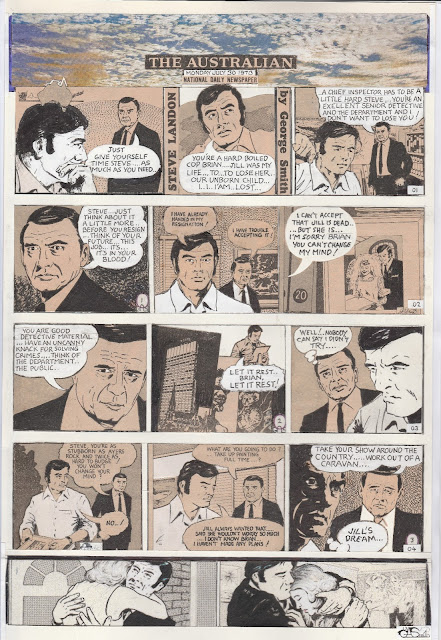 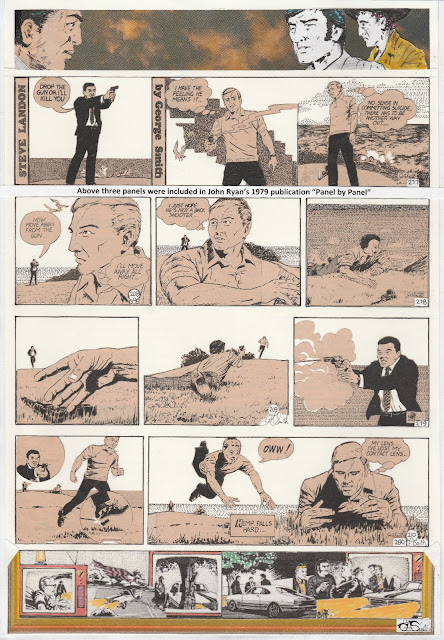 Steve Landon came to an end in August 1974 when the newspaper discontinued its local section.

George had further success in December 1976 with a full colour comic book insert Behind the UFO published in The Sunday Mail (Brisbane) as a lift out. 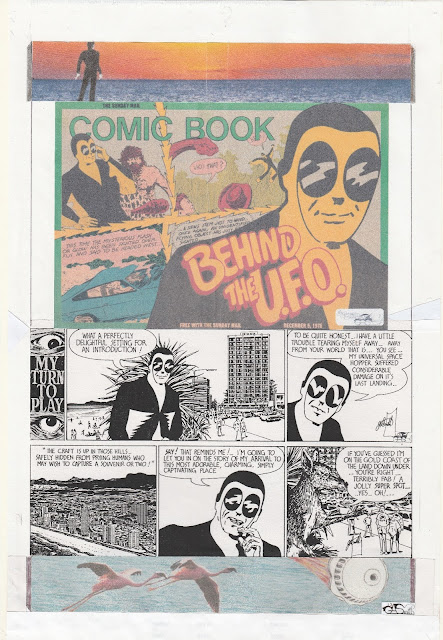 In 1975 Safeway Sam, a character based on a super-hero type, was introduced in a weekly one-page humorous adventure comic promoting Chesney Caravans. This series went on for 18 weeks in the Sunday Sun with a video skit of the comic on television on Friday nights before the 6pm news and repeated on Saturday morning during the children’s shows.

Steve Landon was also mentioned in John Ryan’s Panel by Panel, a hard cover publication on the history of comics in Australia (published 1979). 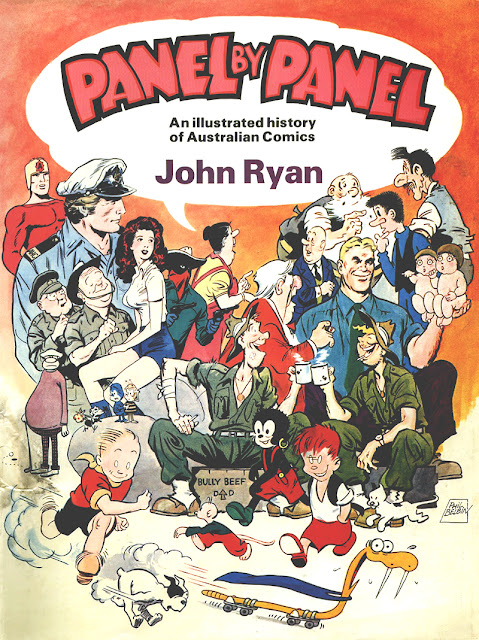 Below is one of my favourites. A wordless comicstrip inspired by an actual event Dad had observed one day, and he couldn't resist drawing it. 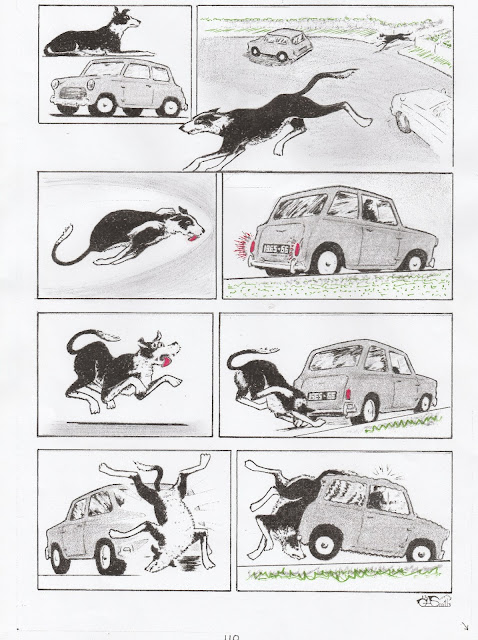 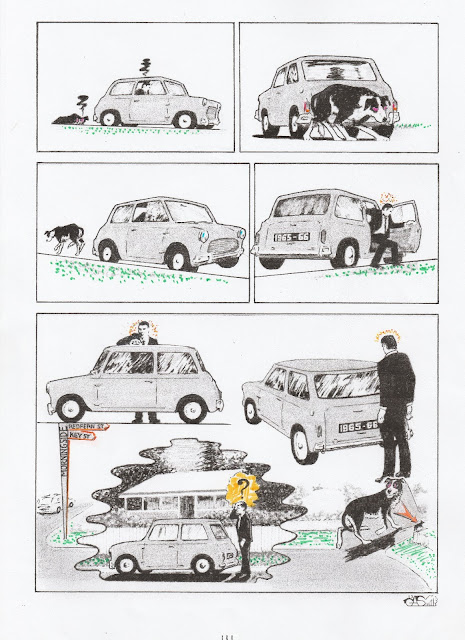 And if you're worried about the poor dog, I'm sure he only received a minor bump to the head as he was able to scamper away just in time to baffle the driver.
Labels: cartoons and comicstrips life ramblings